Work
About
Resume
👈
Prev.
Next
👉
Sprout Sustainability App:
Year
Type
Discipline
2018/21
University Work
Product Design
Problem Statement:
Update a previous piece of university work over the course of a month to elevate it to a higher standard making it suitable for inclusion within my portfolio, better reflecting my current skill level and abilities.
Role:
Sole responsibility for all aspects of the project from branding and design through to creating an interactive prototype. 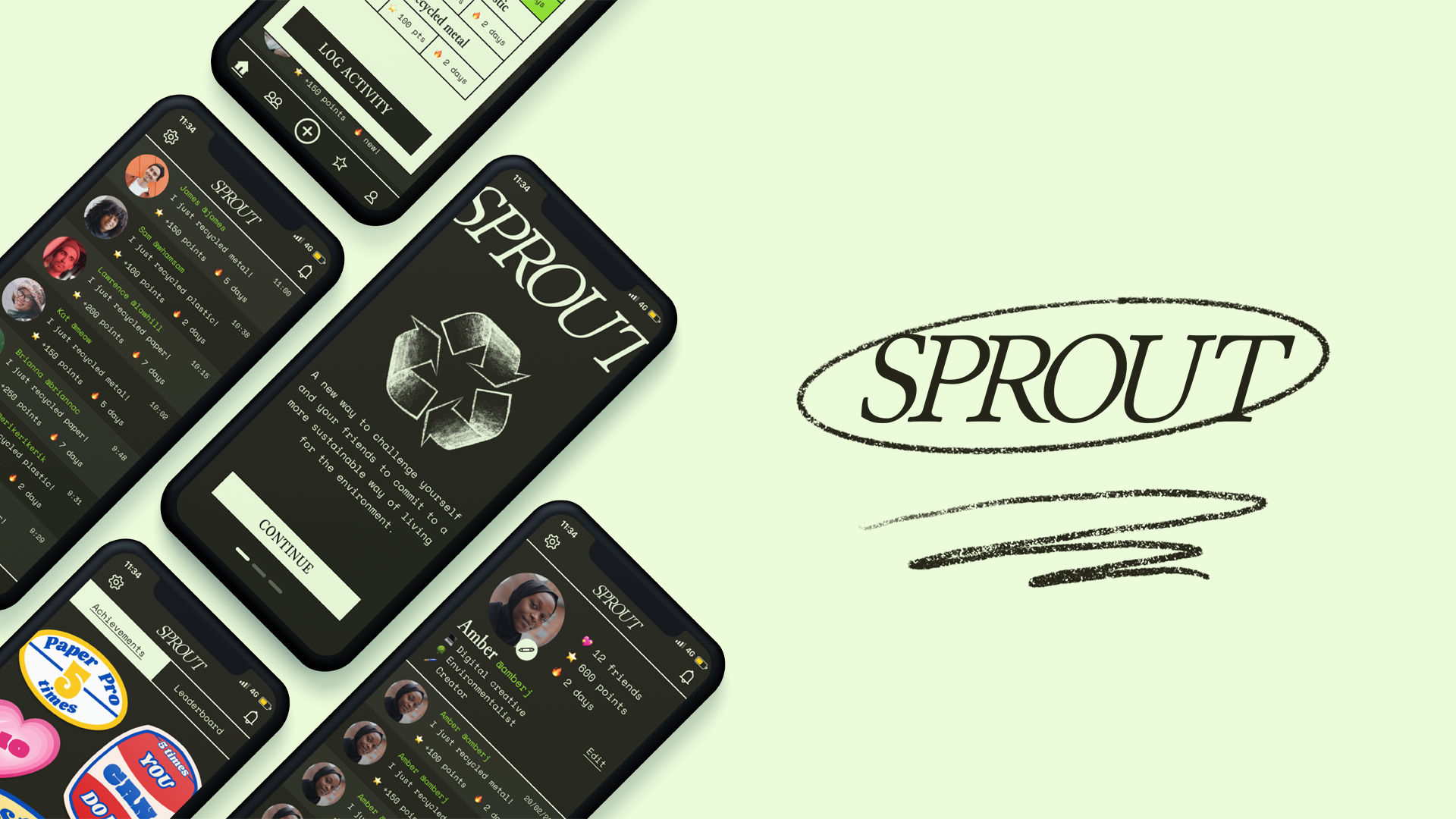 The chosen project, initially completed in 2018, was to design and test a prototype for an app aiming to encourage sustainable habits and practices among students through gamification.

I chose to redesign this project as it was one of my first attempts at product and user experience design at university, but I felt that the visuals and overall style of the original piece lacked in comparison to what I am now capable of.

This updated version was made in Figma, rather than Axure like the original project, so that I could have more control over the style of the prototype, whilst using industry standard software.

During the initial project I spent more time on the overall user experience and features of the app than on the design and branding. I did not consider the overall feel or style that I wanted before I began to create the prototype and had no documentation to consult. This led to making design decisions without much thought and a disjointed and inconsistent feeling prototype overall.

Feedback on the initial project also drew attention to the lack of contrast between text and background colours so I wanted to be considerate of this and other accessibility concerns in the new design. This was achieved by ensuring text colours and font choices were suitable for mobile and had a high enough degree of contrast.

Using Figma instead of Axure meant that I was more restricted when it came to turning the redesigned app into an interactive prototype because of the limited prototyping features. However, I did not plan to test the redesign with users as I was keeping the same features and functionality present in the original version. Creating a prototype allowed for the new designs to be presented in a clear and logical way. If a more robust prototype was required for testing in future work, InVision could be used in addition to Figma or adapting the design into Axure.